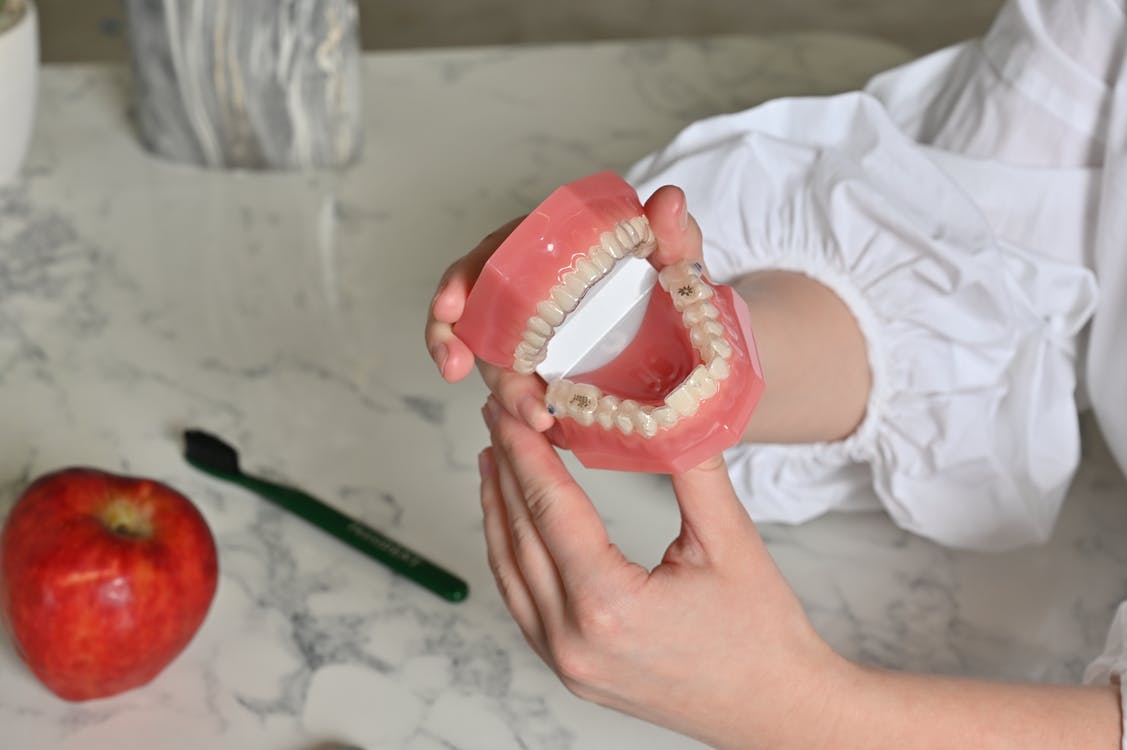 Everyone may focus on their teeth, but your gums are vital to your oral health. Your gums play an important role in not only the health of your mouth and your teeth, but in your overall well-being.

Swollen and bleeding gums are a sign of gum disease, but there are plenty of other things that can be causing issues with your gums. Learn more about what gums are, why they matter, and the 3 things your gums are trying to tell you about your oral health.

“Healthy gums are pink, stippled, and strong – they’re not hypersensitive to pain, temperature, or pressure. If gums are sensitive or show changes in color, it could indicate a problem.”

Gums, also known as gingiva, are connective tissue covered with mucous membrane, which attach to your teeth and the alveolar bone. They encase your teeth, your teeth roots, and the bones of your jaw.

Gums act as a seal and protective layer against bacteria that can cause disease and support the structure of the teeth, keeping them in place. If you didn’t have gums, food particles and bacteria would make their way into the deeper part of your teeth, causing the tooth’s structure to degrade. Ultimately, your teeth would become unstable and detach from the jawbone.

Healthy gums are pink, stippled, and strong – they’re not hypersensitive to pain, temperature, or pressure. If gums are sensitive or show changes in color, it could indicate a problem.

Red or swollen gums indicate inflammation, which may be caused by gingivitis or periodontitis.

Gingivitis is a mild form of periodontal disease, or gum disease, and a common oral health problem for adults. Periodontitis is a less common – and more severe – form of gum disease.

Gingivitis often occurs from poor dental hygiene. The bacteria in your mouth forms a sticky coating of plaque on your teeth. Initially, plaque is translucent, but it becomes visible and detectable within 12 hours. The longer it stays on the tooth, the better the chance that it will turn into tartar.

Tartar not only stains your teeth, but it causes gum irritation that leads to bleeding or discomfort. Gingivitis causes inflammation, but it can be reversed by practicing good oral hygiene.

If it progresses to periodontitis, however, the inner layer of the gum and bone pull away from the teeth and form periodontal pockets. These pockets can collect food particles and bacteria, leading to chronic inflammation and infection as the plaque grows beneath the gum line.

Over time, the bone and connective tissue that hold teeth in place begin to break down. The pockets get deeper, and more gum tissue and bone are destroyed. The teeth become loose, and eventually tooth loss can occur.

Severe periodontal disease can’t be cured, but it can be mitigated. Gum disease treatment depends on how advanced gum disease is, and may include a deep scaling treatment or surgical treatments like Alloderm gum grafts, connective tissue gum grafts, or free gingival grafts, which aim to restore the supportive tissue surrounding the teeth.

Gum recession occurs gradually, so many people don’t even know they have it. One of the earliest signs is tooth sensitivity, which is caused by more of the tooth’s root being exposed. Another sign is a “long-toothed” appearance.

Regardless of the cause, it’s important to seek treatment for receding gums. As the recession worsens and more of the tooth is exposed, it can lead to ongoing problems like periodontal pockets and infection, tooth sensitivity, and tooth loss.

Healthy gums are a light pink color and a consistent shade. If your gums have changed color recently, it could be from a number of causes, including harmless medical side effects or hormonal changes. A color change in your gums could also indicate more serious conditions, such as oral cancer.

Here are some possible causes of color changes in the gums:

Red gums can indicate gum disease, especially if they’re swollen and irritated, but the red color can also be caused by hormonal changes such as puberty, menstruation, pregnancy, and menopause.

Pale gums are a sign of an underlying health condition, such as thrush, a type of yeast infection, or anemia, a medical condition that causes a low red blood cell count.

White spots or blotches on your gums can indicate a range of conditions, including leukoplakia, or smoker’s keratosis, oral cancer, or a simple canker sore.

Black gums have a range of causes, including Addison’s disease, a hormonal problem that darkens the gums. A more serious cause is acute necrotizing ulcerative gingivitis, a serious gum infection that can cause black or gray gums.

If you notice a color change in your gums, don’t try to diagnose it yourself! Contact your dentist for an examination to determine the underlying cause.

Look Out for Your Gum Health with Central Texas Periodontics

Your gum health plays a big role in your overall health. If you’re concerned about inflammation, discomfort, or other changes in your gums, Central Texas Periodontics can help. Contact us today to book an appointment!