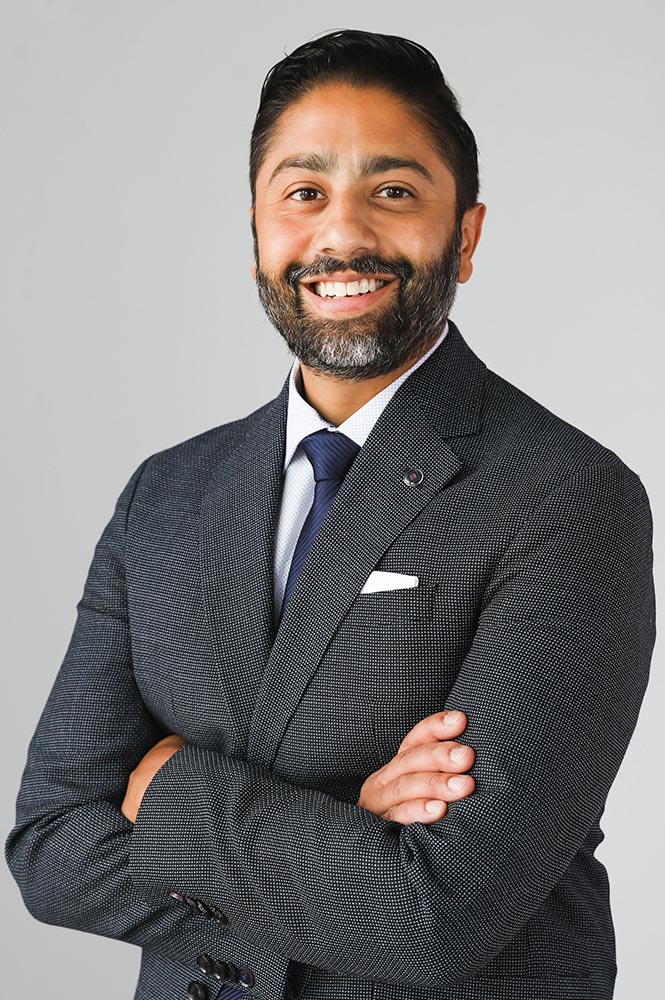 
Dr. Desai is originally from Scranton, Pennsylvania and completed his undergraduate and dental degrees through a combined program offered by Muhlenberg College and The University of Pennsylvania. Being the son of a dentist, he had an interest in pursuing periodontics at an early age and entered into his residency at The University of Rochester immediately following dental school. It was there that he gained a deep respect for the profession as he honed his skills in both periodontal and implant surgery. Dr. Desai spent four years in Philadelphia working in private practice and further exploring the various aspects of periodontal and implant dentistry. In Philadelphia, he worked closely with one of the pioneers in implant dentistry and gained a large amount of experience in implant placement utilizing the Osteotome Sinus Technique.

Dr. Desai is proud to have co-authored two publications, “Using drill stops on twist drills to promote safety and efficiency when creating osteotomies for dental implants.” in the Journal of the American Dental Association (April 2014) and “Stability of treated angular and horizontal bony defects: a retrospective radiographic evaluation in a private periodontal practice.” in the Journal of Periodontology (February 2009).

Dr. Desai’s wife, a native Texan, brought him and his family to Austin to be closer to extended family. Dr. Desai’s wife, Dr. Anjuli Desai, is a practicing physician in Northwest Hills. They enjoy spending the weekends outdoors with their two young boys and baby girl as well as enjoying Austin’s budding restaurant scene. Dr. Desai’s family is excited to explore all that Austin has to offer and he sincerely looks forward to speaking with you soon.

Toggle the Widgetbar
Make an AppointmentLocations